Renowned portrait photographer Dan Winters was recently commissioned by National Geographic to capture an image of actress, director, and humanitarian activist Angelina Jolie to help raise awareness about bee conservation as well as promote a new program to empower women beekeepers around the world. 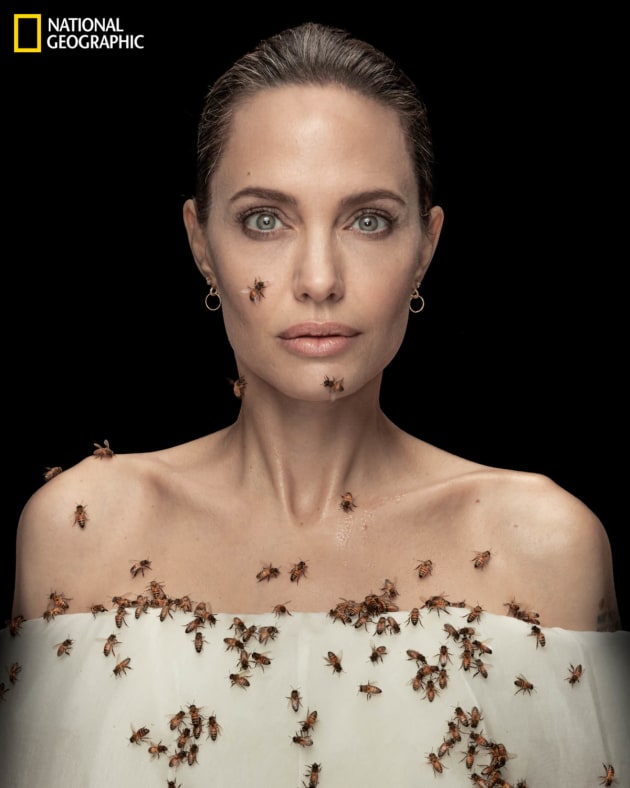 Winters, who is himself an amateur beekeeper, drew inspiration for the portrait from an image captured by Richard Avedon in 1981 of a beekeeper whose naked torso is covered in bees. "My main concern was safety," says Winters. "Everyone on set, except Angelina, had to be in a protective suit. The set had to be quiet and fairly dark to keep the bees calm...Angelina stood perfectly still, covered in bees for 18 minutes without a sting."

In order to bring all the elements together in order to capture the captivating portrait of Jolie, Winters was able to track down the same pheromone used by Avedon 40 years ago to attract the bees to his subject.

Read more about the shoot and the importance of bee conservation at this link.