If you still think that shooting weddings and having to face a Bridezilla or the wrath of a challenging mother-of-the-bride are some of the most dangerous situations you can expect to face while on the job, then you obliviously have never tried to take street photography images using a tripod. And I’m not talking about working in a war zone, but rather on the quiet, streets of Dayton, Ohio.

Photojournalist Andy Grimm, who works for the New Carlisle News, was shot not once, but twice by a Clark County Sheriff Deputy, hitting him in the chest and grazing him on the shoulder. Grimm was shot by the police officer who admitted, “I thought it was a gun”.

Grimm was on his way to photograph a lightning storm when he decided to stop and photograph a traffic stop on the way. As reported on New Carlisle News, Grimm said, "I was going out to take pictures and I saw the traffic stop and I thought, ‘Hey, cool. I'll get some pictures here.’” 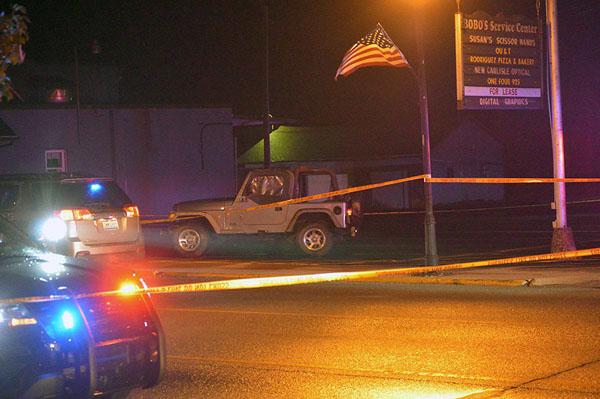 Grimm was shot twice by police, near his Jeep, while setting up a tripod. Image courtesy New Carlisle News.

After speaking with his son, Grimm’s father explained, “Andy said there was no warning, no ‘Show me your hands’ or ‘Drop what you have’ before the bullets rang out.” The injured photographer says the shooting was a misunderstanding and he doesn’t want to see the deputy lose his job.